Before I moved to Norway, I was more of a tea than a coffee person. After living for nearly ten years in a country where social interactions are highly intertwined with drinking liters of black coffee with no milk or sugar, my habits have slowly changed. There’s nothing like the sound of my vintage coffee grinder and the smell of freshly brewed coffee on a Saturday morning.

This vintage grinder is as old as me. It’s a Soviet design and was produced in 1986 in the Straume factory in Riga, Latvia. Like many mass-produced items back in the day, almost every household had one like that. After the Berlin wall came down in 1991, items like that became unwanted heritage. Household items or furniture “made in the USSR” was not something the generation of my grandparents or parents wanted to fill their houses with. When communism ended, lots of Soviet-designed items were replaced with new stuff, paradoxically often of worse quality. I found this little treasure forgotten in my mom’s kitchen cupboard in Krakow, in perfect condition and still kept in the original box. She happily allowed me to take it with me to Oslo. It’s a win-win—she got rid of an unpleasant memory; I got a fascinating piece from the world I’ve only heard of—I was two years old when communism ended in Poland. For my generation, small pearls like that have a nostalgic charm, now that no one is forced to live with them. Interestingly, a grinder in the same cream color is in the collection of the DDR museum in Berlin.

Products manufactured in the Soviet Union were often mirroring products from the West. This model of a coffee grinder is almost a twin of a grinder by Philips from the 70s, which is now in the collection of the Norsk Folkemuseum. 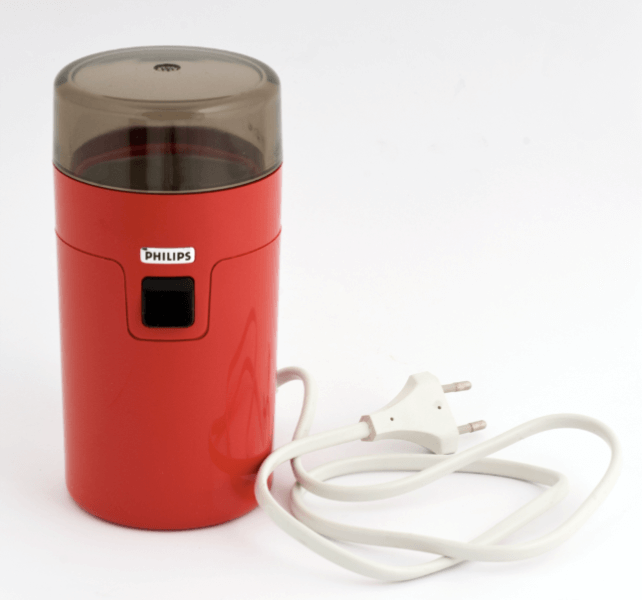 Grinder by Philips from the 70s Norsk Folkemuseum. Almost a twin of Straume.

The grinder is so minimalistic in its design and straightforward to use that I like it much better than advanced contemporary grinders. Here you just put coffee beans in the top compartment, put on the lid, press down, and the magic happens. After a few seconds the kitchen is filled with the smell of freshly ground coffee. 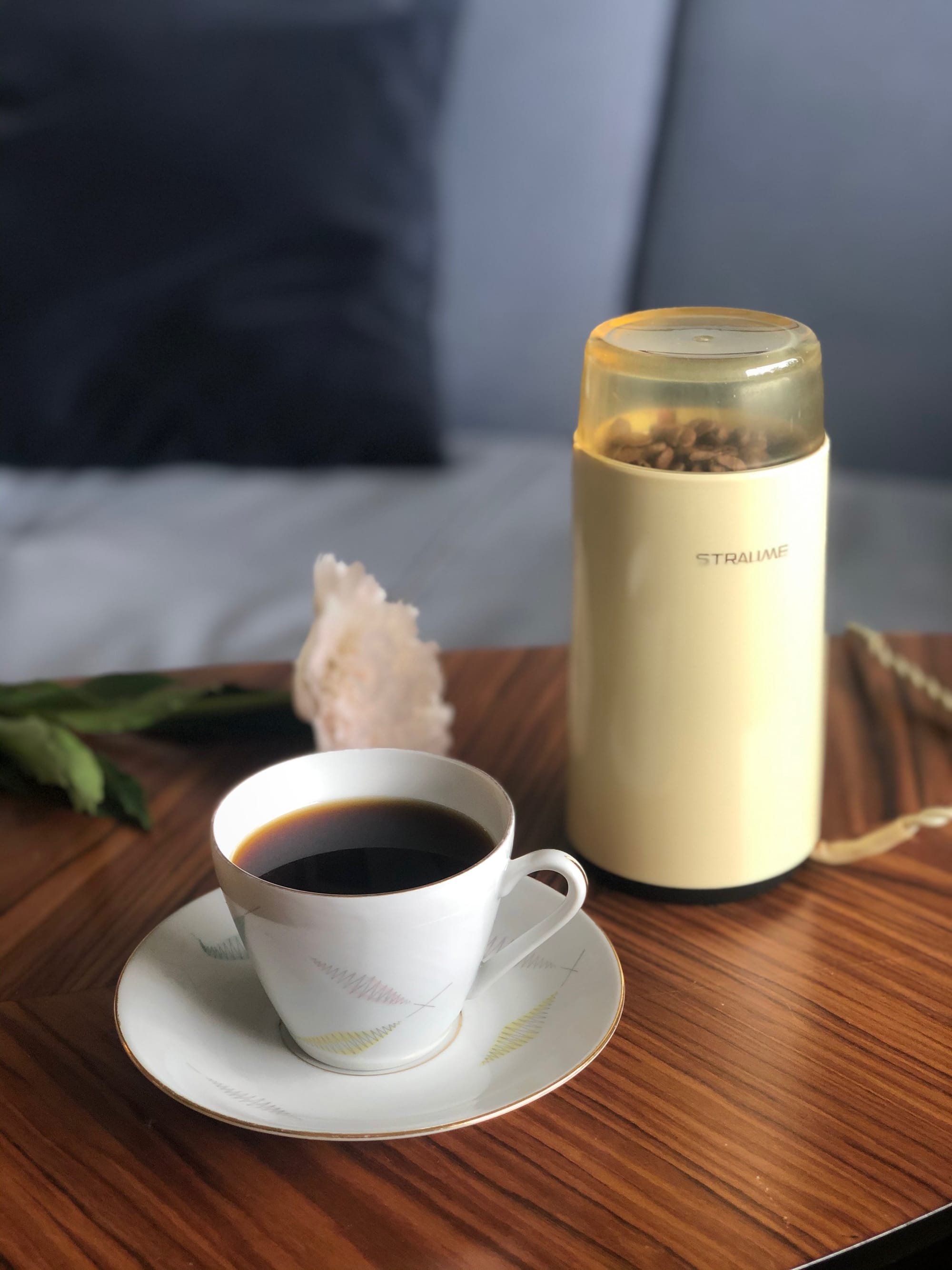 "Made in Russia Soviet Design", The Guardian: https://www.theguardian.com/artanddesign/2011/jun/23/made-in-russia-soviet-design